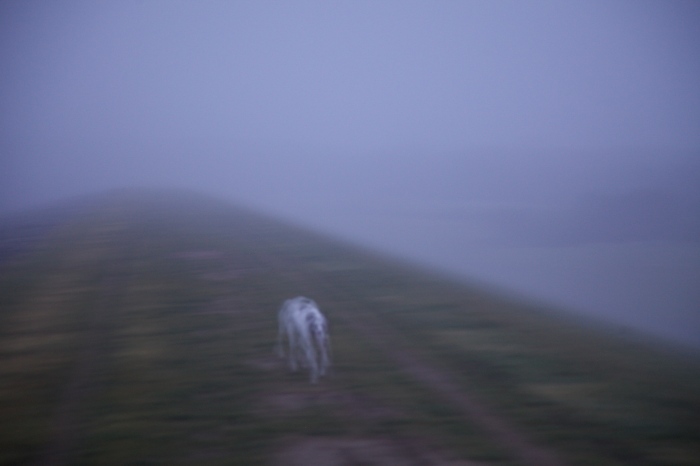 This morning we had some pretty good fog. I woke up really early because I had a bunch of stuff to do this morning and my anxious mind wakes me up to not miss things.  I had to take a report to my son’s classroom, Ruby was getting dropped off at the vet for a teeth cleaning at 8:30 and I had an appointment at 9:30. I wanted to shoot the fog and decided to take Ruby so she could have fun before her appointment. Ruby had a blast, I made all my appointments, got to shoot the fog, and dear old Ruby only had to have 6 teeth removed. Ha, ONLY…..OW! Luckily I was only charged for one, otherwise it would have been a very expensive teeth cleaning. Maybe she needs doggie dentures? I am picking her up in a bit. She came through it all swimmingly. They even said I could keep her teeth. Hee Hee. Oh yeah, did I mention I LOVE fog? It was heavenly. We were there surrounded in a blanket of fog before the sun came up. It was like being in a cloud. What could be better?