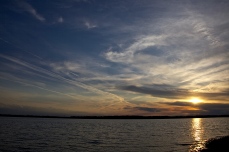 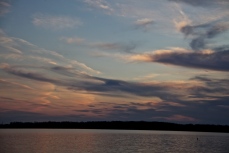 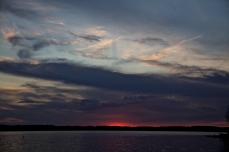 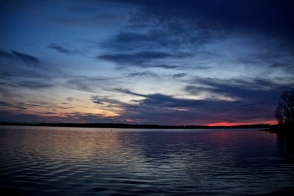 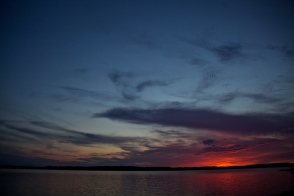 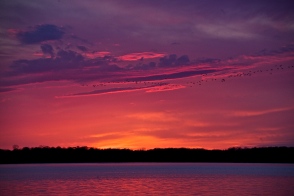 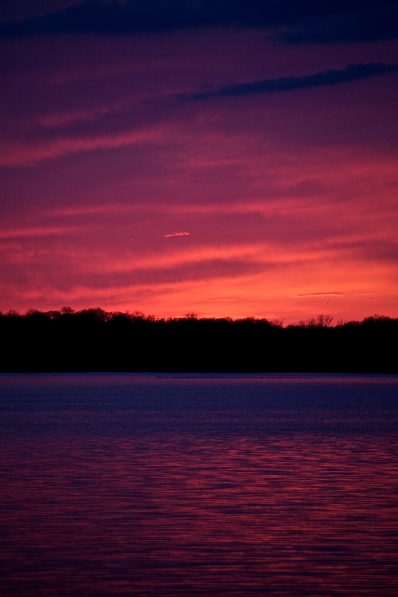 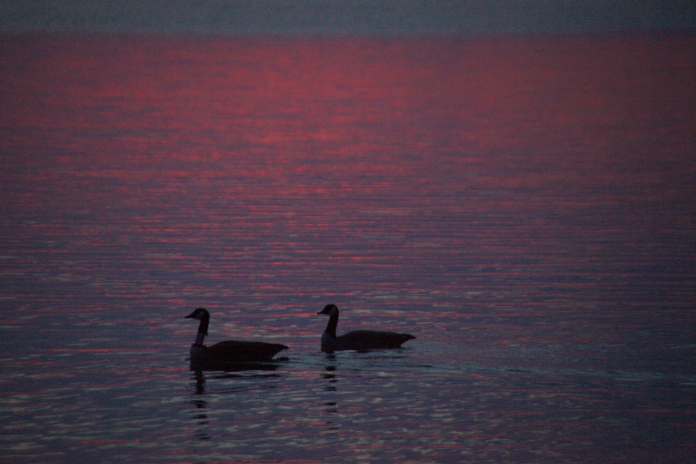 The other day was so pretty! Big cumulus clouds in clear skies. I spent several hours taking a lot of photos and decided to end the day watching the sun set up at my favorite spot on Alum Creek. I decided to stick around as it grew darker just to make sure I didn’t miss something marvelous, as it had been a rather standard (not that I’m complaining) sunset. Part of the sky was getting pretty clouded over and usually it just gets rather dull and gray and dark. But suddenly a magenta glow appeared a bit north from where the sun went under. Then, WOW! It was so beautiful! I think even these Canadian Geese knew it was something very special! Colors so vibrant, it was a gift from nature!!!

15 thoughts on “Know When to Say When”