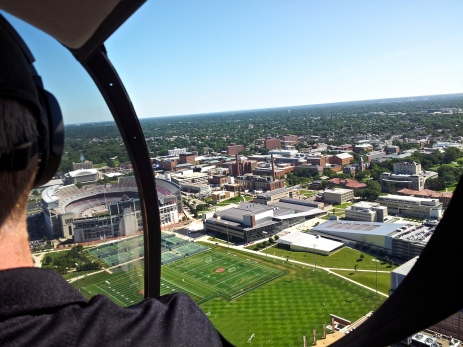 I enjoy an unusual Point of View, probably everyday, or at least I like to think so. But here are some photos that have an unusual point of view. Most are taken while being on or in something I am usually not: Helicopter, Airplane, Raft, Giant Bridge, SkyGlider RIde, Giant Ferris Wheel. Some are rather blah artistically, but the subject is interesting. It isn’t often these sights are seen, nonetheless from this point of view. If you look closely, the super-unicycle riding jugglers were throwing giant swords to each other, and then a grandma from the audience was to throw one at one of the guys. We were passing overhead on the sky ride when this feat of talent was going on.